At Classy Plaques, we decided to dedicate this blog post to the historical origins and background of the Aztec Indians and the sun gods that inspired our Aztec Sun House Plaque design.

Do you live in Mexico or California? You might be able to find out if your family ancestry comes from the Aztec Indians! Their ancient calendar and their rich and interesting history still fascinates millions of people around the world.

Our daughter Joscelyn, took a mission trip to the remote village of Ek Balam, Mexico where she taught the children of the village how to paint and draw. This was the first time for many of them to put on paper anything artistic. She told them to draw anything they wanted. When she collected their drawings, almost every single child had drawn the same thing...the mayan ruins and a black jaguar from their heritage and culture (Ek Balam means 'Black Jaguar').

Creativity, beauty, and craftsmanship are dominant themes of the Aztec Indian culture. Art, music, poetry & tattoos were expressions of religion, history, and warfare and many examples of this rich culture still exist in the ancient temple paintings, masks, and pottery.

Religion played a vital role in Aztec culture and it impacted nearly every aspect of Aztec daily life linked to their gods. The grandeur of their still famous temple ruins convey the centrality of religion in this ancient Mesoamerican society. The prevailing world view of the Aztecs was that a life of constant struggle and hard work pleased the gods and influenced them to keep the universe in balance.

The Aztec civilization was responsible for many Mesoamerican advances including the development of two calendar systems, a rudimentary form of astronomy, and an elaborate mathematical system. The story of Aztec civilization, and their rise to wealth, power, and dominance followed by a rapid decline and fall to obscurity still intrigues and fascinates scholars and history buffs alike.

If the sun god from the center of the Aztec calendar really is the most recognizable work of Aztec art in modern culture, how come nobody knows his/her name? It's a simple question with a not-so-simple answer. 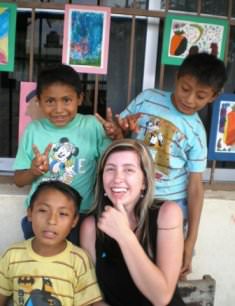 Many Suns, Many Gods

In the Aztec religion, there are multiple suns that corresponded to a number of ages (think ice age). These ages were called suns and each 'sun' had their own sun god (think dynasty). So asking about the identity of the Aztec sun god is much like looking at the presidential seal and asking 'Who is the President of the United States'?

Now that you know a bit more about the history and background of the Aztec Indians, and their sun gods that inspired our Aztec Sun House Plaque, take a closer look and see for yourself by clicking here.

Thanks again to all of you who have expressed such sincere and heartfelt enthusiasm for our work.