Riddle Me This
Let’s begin this post with a good old fashioned riddle: 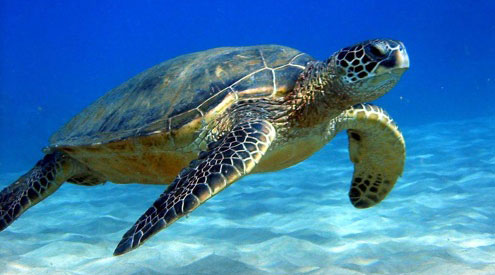 Drum Roll, Please
If you guessed, ‘sea turtle’ give yourself a pat on the back. The Sea Turtle Porcelain Address Plaque from Classy Plaques is the ceramic address plaque design featured in this post. 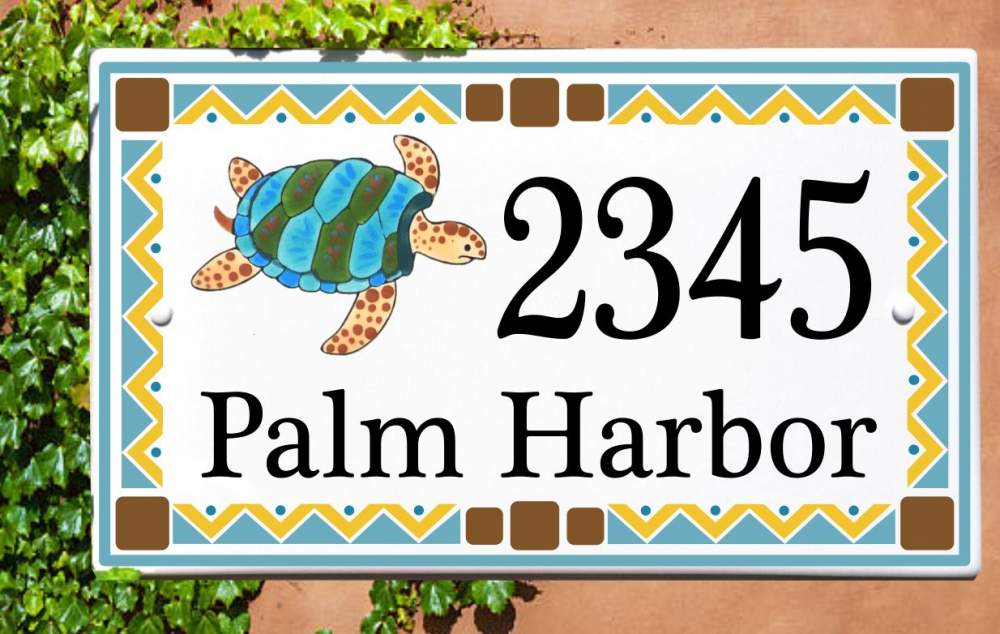 A Picture of Grace and Beauty
The seven known species of sea turtles boast shells that are streamlined to ‘glide’ through the water. The only reptile with flippers instead of feet, the sea turtle is a graceful and powerful swimmer who, unlike their land turtle cousins, cannot retract their legs and head into their shells.

Turtle Trivia – Did You Know?

Odds are Low
At birth, baby sea turtles (hatchlings) face a dangerous ‘crawl’ from their sandy nest on the beach to the ocean. Only 1 in 1,000 are estimated to make it to adulthood. With the exception of adult females who come ashore to lay eggs every 2-5 years, the ones who make it will spend the entire remainder of their lives at sea.

Breathless
Though a feeding dive is usually less than five minutes, green sea turtles can stay under water for as long as five hours. Their heart rate slows to conserve oxygen and up to nine minutes may elapse between heartbeats. 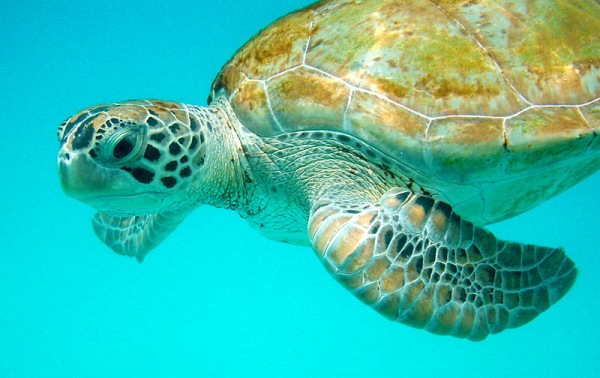 Cool Guys and Hot Girls
Believe it or not, the temperature of the sand where sea turtles nest determines gender. Sand that is cooler than 85 degrees (30ºC) produces hatchlings that are predominately male while warmer sand produces predominately female hatchlings.

Good Luck in Any Language
Found in every ocean on earth, the majestic sea turtle is a universal sign of good luck in many cultures throughout history. From endurance, strength, and stability to fertility, longevity, and innocence, the sea turtle symbolizes protection, happiness, and good fortune throughout the world.

Chinese – Of the four sacred animals in Chinese culture, the sea turtle is the only one that actually exists. The other three are mythical creatures; the unicorn, the dragon, and the phoenix. According to ancient Asian mythology, the turtle is thought to have created the universe from its body. Its shell (the heavens), body (the earth) and underbelly (the underworld) represent the universal order of nature.

Native American – An ancient and sacred symbol of American Indian culture, sea turtles represents the wisdom and strength of the ancient ones. Anishinabe and Haudenosaunee tribal cultures believed that North America was created on the back of a giant sea turtle. Many indigenous people refer to North America as ‘Turtle Island’ to this day.

Eastern Indian – In Hindu tradition, the powerful God Vishnu reincarnates into a great sea turtle every four billion years after a great flood dissolves the earth. He carries on his back a vessel that holds the elements needed to recreate the earth. The earth is reborn after 1,000 years and the great turtle remains to support the large elephant that carries the new planet on his back. Many Indian cultures revere the sea turtle as a symbol of immortality and a temporary dwelling place for souls making their way through a series of reincarnations on the path to Nirvana. 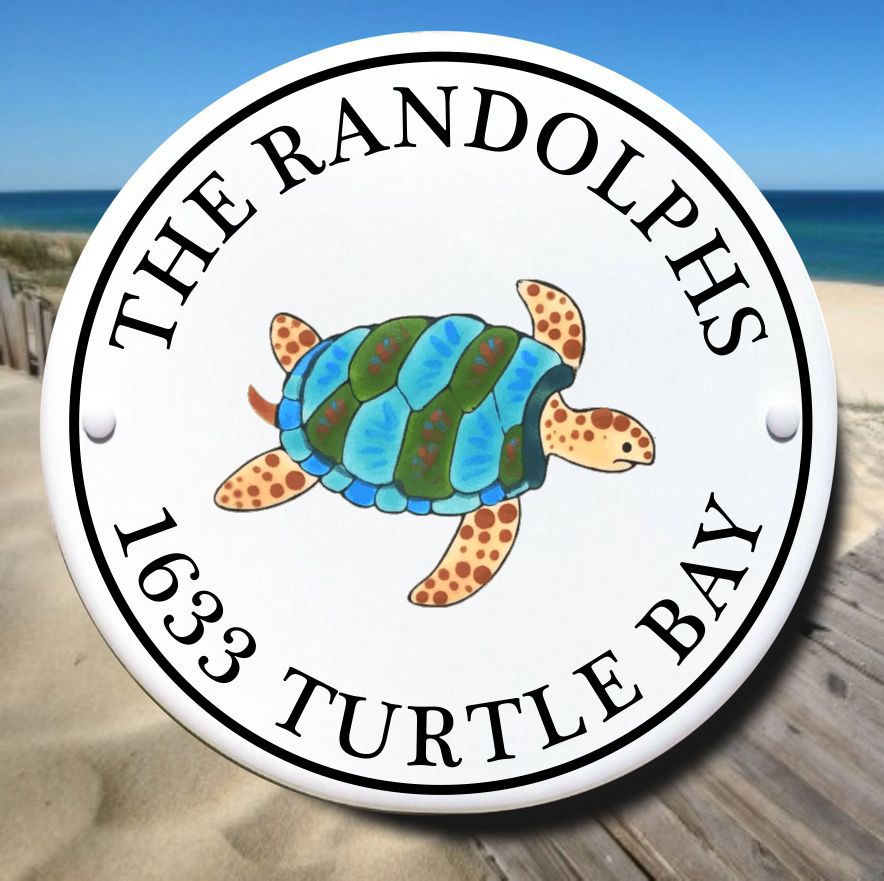 That’s it for today. Hope you enjoyed this post. Feel free to take a look at our Sea Turtle Address Plaque or any of our other ceramic address plaques at Classy Plaques.

Note from the Artist, Renee: We appreciate your business. Thank you so much – and special thanks to many of you for all the shares, tweets, posts, pins, links, and emails. Without you, I’d just be a starving artist ... Instead, we are a thriving business whose plaques we are honored to be mounted all over the United States and 25 countries (and counting). You’re the best!